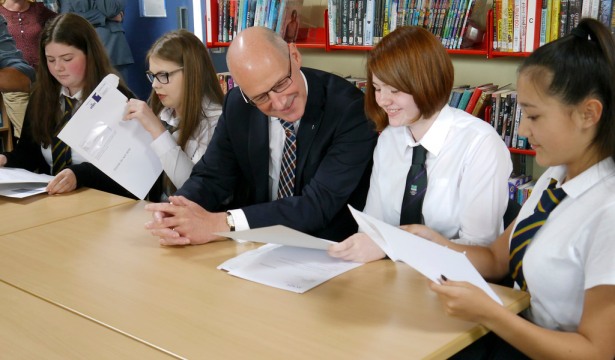 Following a summer of anticipation, young people across the UK receive their A-Level results this Thursday 18th August. This is a significant life event for those hoping on attending university. The day will bring celebrations as well as disappointments, compromises, and a nervous Clearing process. Because of the very personal implications of these results, they are most commonly conceived in terms of the individual students involved. However, drawing from examples of rural youth in Beijing and adults in New York City this post reflects on the social entanglements of higher educational transitions; in doing so, disrupting assumptions about the individuality of A-Level results. These examples also help to give meaning to the relational dynamics of aspiration in urban and rural settings.

A-Level results mark the separation from school and symbolically perhaps from childhood and the family. One participant says he feels that “real life is about to begin”. Whilst subjective sentiments such as these are important to account for, we must remember that ‘individual’ transitions are largely mediated by the social institutions of family, education, and employment. The ideology of independence evoked by common perceptions of “going to uni’” and “leaving home” (for those that do) is therefore contrastive to this collective production of adulthood. Family and geography are significantly entangled in the narratives of aspiration and education.

An example of this can be seen in Bregnbaek’s (2016) ethnography of university students in Beijing. In a crisis ‘centre[d] on education’, students are shown to grapple with the ‘unresolvable oedipal dilemma of how much one owes one’s parents (or the past) and how much one owes oneself (and the future)’ (p. 143). The symbolic association of one’s parents with the past, thrust in opposition to one’s self-actualized ‘future’, is interesting to consider in the context of A-Level results. Both through explicit negotiation and implicit imagination, young people and their parents will spend the coming months and years reconstructing their shared roles, relations, and responsibilities. In Bregnbaek’s work these tensions are portrayed at their most extreme between working-class rural parents and their offspring who have made it to elite universities in the city. The rural parents represent traditional Chinese values and want their offspring to return and marry, yet their more educated children in the city have developed more self-interested and urban aspirations. They therefore live a double-bind, rejecting a return to rural life yet anxious about neglecting their cultural expectations of filial piety.

The often unacknowledged significance of parents also became apparent during five months of research I conducted last year in New York City mentoring two female adults applying to university as mature students. Both women have migrated to New York from abroad, yet have found that vocationally the iconic city has yet to deliver as much as was hoped; hence the turning of their aspirations to education. Both women seek part-time degrees that will last up to eight years, on top of full-time employment, for it is their only financially foreseeable course of action. One is a mother of two children already at university and she must act as financial security for them, whilst both must delegate time and money to kin with serious health related problems. Of significance, the parents of both women have died and the ostensible difficulties they face are shown to be exacerbated by this lack of a safety net. The absence of financial or pastoral support from ‘above’, correlated with the vulnerability of these older applicants, renders visible the significance of parental scaffolding for many youth making transitions. So-called ‘helicopter parents‘ – hyper-involved and forever on-hand – may well be busy micro-managing Thursday’s Clearing process and/or upcoming moves away from home. In the current climate of extended parental dependence, many Class of 2016 will also ‘boomerang‘ back to parental structures following the ‘freedom’ of their degree.

These examples help to give insight into the significance of social context, space, and culture in educational transitions. Contingent on Thursday’s results, some of our participants must make awkward decisions regarding romantic relationships; others worry about the maintenance of friendships and the potentiality of forging new ones. For those leaving home or hometown, new locations and accommodations can soon be imagined with more immediacy. There are also financial questions that will now require more thorough engagement and forms of pastoral if not monetary assistance. By arguing the importance of family and parents, as done in this post, this is not to assume an active involvement. For many families, university is not a topic of conversation, as Patrick found among year 9’s in Oxford; yet this absence is equally as socially significant. Our participants from London and rural Oxfordshire hold a range of imagined trajectories and possible life paths that will this week become chiselled with more certainty. Our research team will be meeting with participants this week and on results day to capture their narratives and emotions through this rite of passage. Differing ethnographic examples such as those discussed help us to interpret these transitions by highlighting the significance of culture and context, and the need for comparison in the study of education.