After the typically reflective time of year that accompanies the Christmas period and the strange liminal phase between Christmas and the 31st, the new year seems to put “the future” back in the frame of people’s conceptual horizons. The notion of ‘New Year’s resolutions’ is therefore an interesting one with regards to our future-oriented research. In last month’s post we considered the perpetual nature of ‘transition’, both among our school leaving participants and in the broader culture of political uncertainty (Brexit, Trump, terrorism etc.). The case put forward in the blog suggested that constant change, from the menial (such as shifts in mood) to the drastic (such as our ultimate deaths) is fuelled by the alterity – or ‘Otherness’ – of an unrelenting future. This incessant force of alteration and ‘unknown’ can be quite daunting, as can the passing of time (e.g. “has it really been 10 years!”). Whether through biology ageing our bodies, governments making decisions on our behalf, or threats to jobs through a squeezed economy and rapid rise of technology, it can feel as though much of the future and indeed our lives is beyond our control. Perhaps New Year’s resolutions are therefore a means of re-establishing some degree of ownership and agency over the future.

The most common New Year’s resolutions include ‘increasing’ or ‘decreasing’ the amount of something in one’s life, if not doing away with it altogether. For example: more exercise, organisation, travel, time with family; less alcohol or procrastination; or else quitting smoking or changing job. With the new calendar year framed as a clean slate, abstract values allegedly forgotten in the chaos of everyday life are (re-)inscribed into people’s behaviours-to-be. These evaluations often succumb to a moral hierarchy of some things being “good” (such as time with family), others “bad” (such as spending money in certain ways). Life’s activities become re-inscribed with judgements of “value” or “waste”, with resolutions as a framing device for the ‘better’ selves we wish to shape in the future. This may refer to specific activities, or else amalgamate into vague life philosophies such as: “live life to the fullest”; “be true to yourself”; “life is too short to worry about that”. 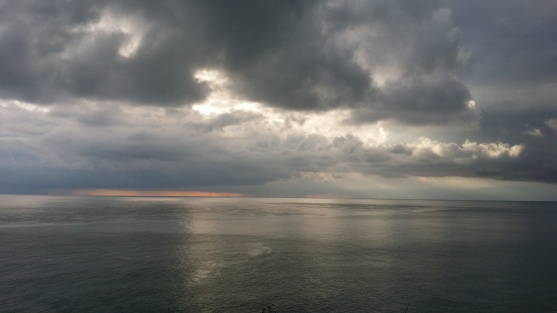 At one level, such declarations may seem glib and generic, attracting cynicism – some of it rather amusing. Yet abstract values about the life course and moral judgements about what to prioritise – now and in the future – have been a constant theme in this project, as well as in Patrick’s and my own independent research. The notion of values is an interesting one, for it seems both extremely important as well as incredibly vague. Valuing something can simply mean being attracted towards it. This is surely different from the more sincere notion of ethical or moral values, which raises the debate of what values, if any, are intrinsic – and allegedly pre-social – and what are extrinsic and subject to culture, bias and possible choice. Alternatively, value can be an economic term – à la ‘surplus value’ and ‘exchange value’ in Marx’s critique of the functioning of capitalism. With these multiple meanings, the British government have strangely framed our uncertain, changing future in terms of “British values” – whatever they are.

Picking up on this ambiguity, the call for members of public office to swear an Oath to ‘British Values’ was mockingly hijacked with a Twitter hashtag of the same name. Denialism over a colonial past? Inequality, privatisation and the rise of the Right? To ‘which’ ‘British’ ‘values’ must we loyally commit our futures? Whilst echoing the divisions that have characterised the past year, this example also highlights that what we are striving for – individually or collectively – is often not even clear to ourselves. Perhaps New Year’s resolutions, the Queens Christmas Speech, and the Prime Minister’s ‘2017 call for unity‘ are largely futile attempts at commanding an uncertain, largely uncontrollable future. Yougov polling suggests that only 30% of Brits actually make resolutions at this time of year; and for those that do, the stereotype goes that they are usually not met. What we might therefore infer from people’s scattered attempts at strategizing the future at this time of year is a disjointed search for ‘values’ and ‘agency’ in a changing world (in which ‘values’ may be as banal as ‘being healthy’ and ‘agency’ could be as modest as ‘getting fit’). The psychological reason most resolutions fail might, in this sense, have something to do with their inorganic, de-contextualized imposition.

Meanwhile, for our participants, the past year of transitions out of school have been all about the creation of the future, whether through the modification of identity, the re-construction of relationships, the pioneering of possibility or the negotiation of independence. However, unlike New Year’s resolutions, these have been incessant and usually implicit. Young people are always in the process of figuring and reconfiguring this resolve to shape and reshape their future selves. In this sense, resolutions are a modus vivendi, not just a fad at the Christmas period. That is to say, whilst our participants’ social, institutional and geographical situations have altered tremendously, their values and aspirations cannot be reduced to one-line mottos at the start of the year. More generally, whilst schedules and strategies may well seduce us into illusions of order and rational choice; who we are, where we are going, and what we are “looking for” are often unclear and indescribable (Moore, 2011). In this vein, post-structuralists insist that we must de-centre the human, framing ourselves as subject to, not the subject. Meanwhile, for psychoanalysts such as Freud (above), our ‘conscious’ motivations are only the tip of the iceberg, amidst an emotional world we can never fully know or control. Considering the political and economic turbulence that compounds this nebulous human condition, perhaps uncertainty is all that we can truly be assured of – in spite of whatever forecasts or resolutions.